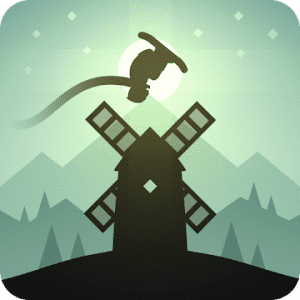 Alto's Adventure
Shyranger.com is not an official representative or the developer of this application. Copyrighted materials belong to their respective owners. To download the app, you will get links to the Official Website and/or official digital markets.

It’s always nice to see a game designed not only for the sake of making financial dividends but also because of inspiration, a desire to enrich the world, and create something so beautiful that it’ll put the spirit of a player in a meditative state.
Alto’s Adventure is one of such games. It doesn’t just make you tap on the flashy objects on the screen of your gizmo – it gives you a spiritual adventure.

Alto’s Adventure has been praised so many times for its stunning looks, so I’m afraid I lack the eloquence to add something new to the commentaries left by NY Times, BuzzFeed, and others.

Alto’s Adventure is really THAT good. There’s no exaggeration in calling it celestial and maybe outlandish.

The game has inner time which means there are starry, enigmatic nights with the silvery moon crescent illuminating the firmament, evenings with warm golden-red sunsets, and clear days that allow you to see everything perfectly.

Apart from the changing periods of the day, there are also moody weather conditions that deserve praise on visual effects. And while you do your run through the Himalayan terrain you have that admirable sensation that in truth it’s not you moving but the entire Universe is, while just you stand there as a motionless observer.

As for the physics – they are irreproachable since both of the game’s creators are snow-boarding enthusiasts and know a thing or two about gliding on the snowy mountain surface.
It’s a visual ecstasy.

The core of the Alto's Adventure

According to the backstory our hero is named Alto, and he’s a humble Himalayan llama shepherd. One day his llamas broke out of the concentration camp, and that triggered Alto’s never-ending snowboard adventure.

It’s a classic endless runner regarding the controls/physics, but it adds a couple of new elements to the genre.
First, the game encourages you to level-up in order to do more stunning and elaborate snowboard tricks. In Temple Run players are supposed to play again and again fighting over a higher position in the leaderboard but in Alto’s Adventure, it’s done for the sake of the groovy stunts.

Second, this game makes you replay it because of its… cleansing and meditative value. I don’t want to sound like a hippie but there’s something pacifying and soothing about this game.

I guess the perfect balance of the sensational graphics, weightless jumps, and meteoric glides make it so majestic.
Apart from collecting llamas, you will:

Apart from Alto, there are other characters that have unique talents. For instance Alto’s female counterpart Maya is a brilliant back-flipper – I guess she’d enjoy immense success in the Cirque du Soleil.

Btw, beware of the night. The obstacles and rocks can hardly be seen in the darkness which increases the chance of you getting killed but at the same time gives the game an extra thrill.

The game costs $2 but offers no IAPs and shows no ads.

All you’re expected to do is tap on the screen to do the jumps and occasionally press a finger on it to perform a stunt. The rest has been taken care of by gravity.

Alto’s Adventure is absolutely worth its price. It has no logical ending, but instead, it carries your consciousness away. It’s not just a mobile game but a wordless story. 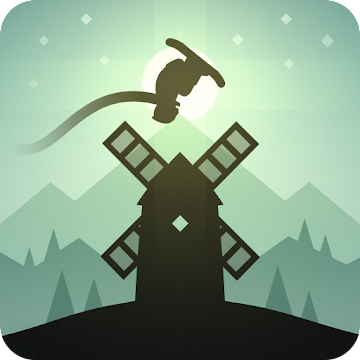 Alto's Adventure
66MB
Take a note. This app’s size is bigger than the average in this category