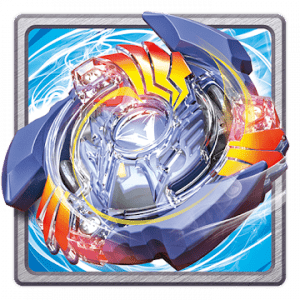 BEYBLADE BURST app
Shyranger.com is not an official representative or the developer of this application. Copyrighted materials belong to their respective owners. To download the app, you will get links to the Official Website and/or official digital markets.

The Pokémon TV series was originally launched to support the computer games and toys dedicated to the adventure of these fictional creatures.

Beyblade Burst has become a traveler in this well-trodden path as well – first, it had a manga and an anime series and in 2017 it proudly presented its own mobile game, produced by Hasbro Inc. Looks like “My Little Pony” wasn’t enough.

Meanwhile, Hasbro products may have doubtful intellectual or cultural values, their production quality can boast of professionalism and finesse. And the Beyblade Burst app is no exception.

The spinning top has some minute, precise, and almost infinitesimal detalization. Each blade consists of three key components, which allow its customization. The animations are breathtaking and it’s not an exaggeration – it is spectacular to see your Beyblade getting assembled. And its relentless spinning in a stand-by mode clearly urges you to get into a combat A.S.A.P.

Speaking of combats – the actual fights look sensationally picturesque with all those bright and colorful sparks, explosions and irreproachably realistic physics.

Even though the graphics of the game are pretty demanding, it runs surprisingly smoothly without any irksome lags. But to make it work you’ll need at least a Samsung Galaxy S4 for the Android version and iPhone 4S/iPad mini for the iOS version.

The Core of the Beyblade Burst app

The entire Beyblade Burst franchise is based upon a spinning top toy. Only in their alternative universe, the spinning tops are called “blades” and the people who have them (the so-called “bladers”) challenge each other.

At the beginning, you get a number of Beyblades to utilize against your adversaries: Valtryek, Spryzen, Kerbeus, and Roktavor. Each of the Beyblades has such characteristics as:

Except for the Beyblades that you get to utilize in the beginning, there are others, fancier and deadlier. They can be unlocked through experience earning, e.g. As I have already mentioned a Beyblade can be customized – it will improve its characteristics making it look exclusive and much cooler.

Every Beyblade has its own unique special attack that can be applied during a battle a couple of times – you just wait until the energy bar for this special move reaches its acme and then hit on it. Don’t hesitate though otherwise you risk wasting an opportunity to produce a deadly blow on your opponent.

You can play both with CPU and real people online, participating in tournaments. You’ll need an Internet connection of at least 25 KBPS for seamless online playing.

As for the rest of the gameplay of the Beyblade Burst – it is a big, fat chunk of entertainment. All these colorful and juicy sparks and explosions look like dynamite mixed with a rainbow.

Game controls are simple and intuitive. You have to do tapping mostly to manipulate your Beyblade and also there two buttons – the one on the left is for a special attack.

Beyblade Burst is a great way to relax your brains after a day of hard work or just to kill some time. And you even don’t have to be a life-long fan of the franchise to enjoy it.